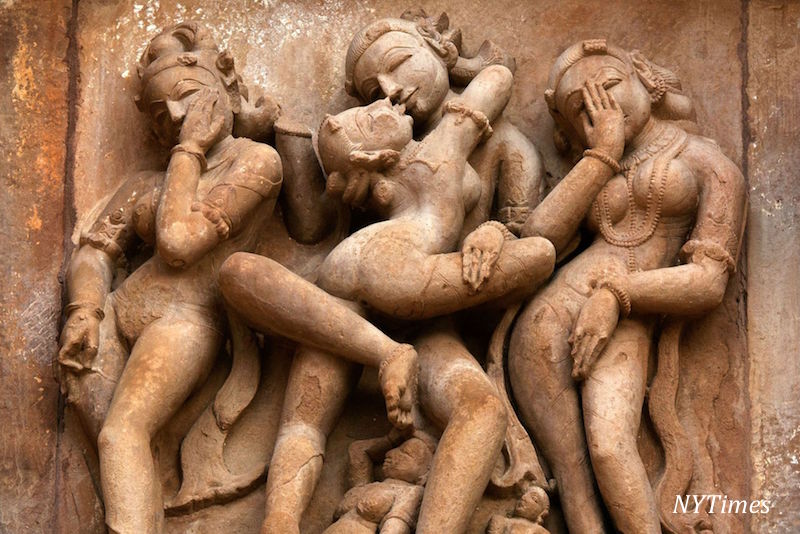 Kamasutra is an ancient Hindu treatise written by Maharishi Vatsayana on man-woman relationship. The book elucidates that sexual gratification is the core of life and has presented exhaustive details about various sexual positions.  Though the book was written 2000 years ago, it still remains relevant as it touches the fundamentals of our life, sex and relationships.

The book aims to clear the misconception towards sexual intercourse and make the sexual life happy and blissful. The book insists that sexual compatibility is vital to successful married life. According to Kamasutra sexual intercourse is the base of ultimate conjugal jubilation and fulfillment which can ensure togetherness at physical and mental level leading to a successful family life. Sexual gratification is the key aspect of keeping husband and wife together and allows them to cooperate with each other on various decisions of life.

Kamasutra is the first elaborate sexual manual in the world highlighting the psycho physiological principles involved in physical intimacy. While exploring the art of achieving fulfilling sexual relationships, the book stresses equally on both partners.

According to Vatsayana, both male and female should be well versed in sexual positions and know how to enjoy physical intimacy by giving and receiving pleasure.

Sex is a strong and very basic human need. Sex is the secret of life's origin, existence, mobility and conjugal attraction of male and female and it is also the very basis of attraction and love. It is the fundamental aspect of every happy and successful married life. Vatsayana avows that the bond of marriage is strengthened by strands of sex.

The book aims to prepare man and woman to master the art of giving and receiving pleasure through physical intimacy.

Kamasutra is divided into 7 parts, 36 chapters and 1250 stanzas. Besides the elaborate information on sexual intercourse, the book provides right information about passion in the conjugal life. The book depicts 64 different forms of sexual intercourse and insists that women should be aware of all the 64 forms.

Though many forms are practically not possible today, many others are being in vogue even today. The book highlights that sex is the base of love and love is the base of sex. The body and mind are two separate existences but their union forms the base of fulfilling sexual experiences.

This ideology has absolute relevance even in today's fast paced life. If there is indifference between a husband and wife, their married life would be in a shambles as they cannot get along well. Relations between husband and wife have become formal in the busiest life of present era but the knowledge of KS is able in keeping the sexual life fresh to the end of the life.